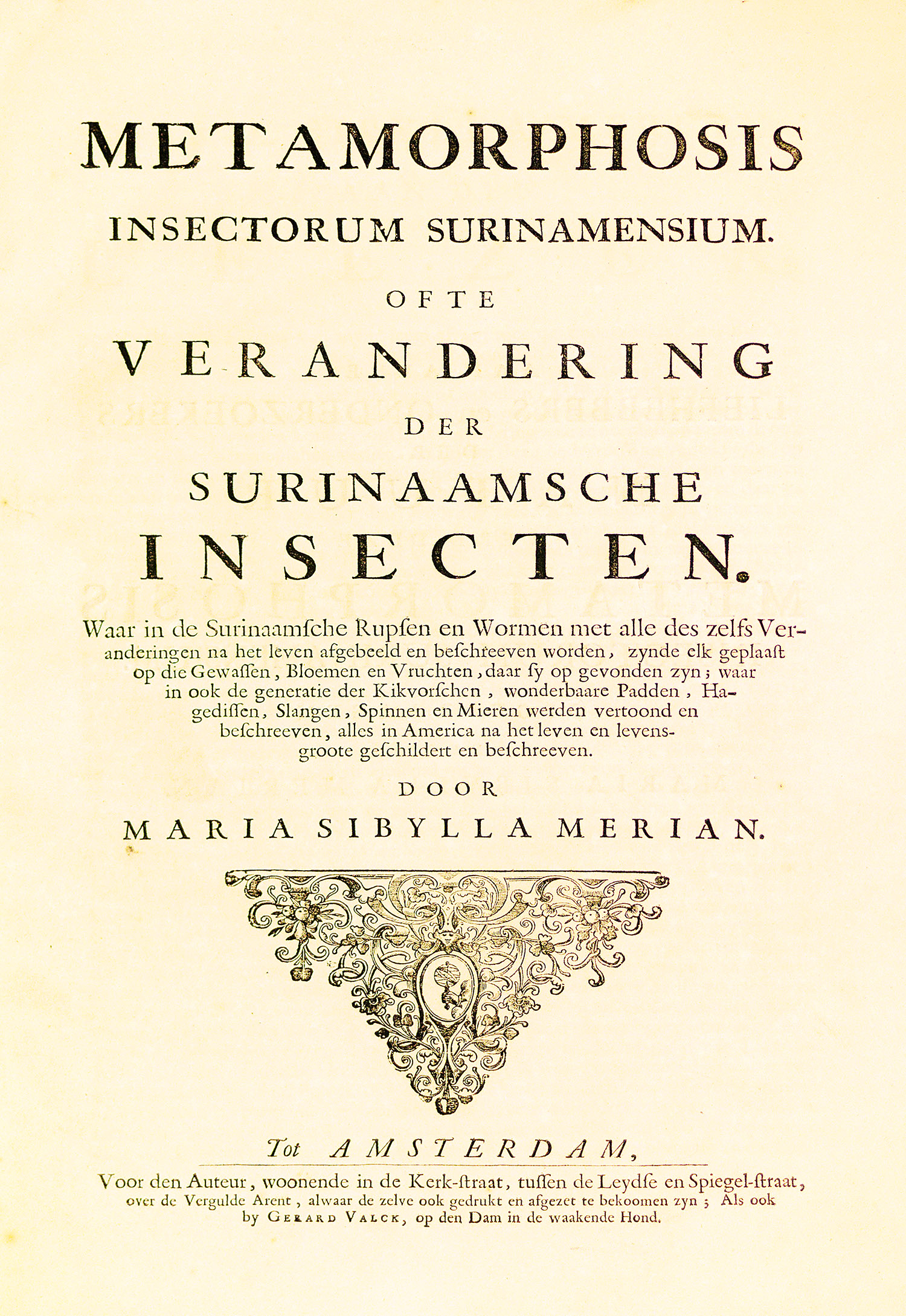 In 1705, Maria Sibylla Merian self- published Metamorphosis Insectorum Surinamensium based on her explorations in Suriname in the late 1600s.  Merian, the first to graphically capture the process of metamorphosis, is considered the world’s first ecologist. She labeled the plants in her illustrations with Latin and Dutch names, but if a plant was unknown to her, she used indigenous terms. This work of 60 plates was originally offered as a subscription in colored and uncolored versions. The Lloyd Library owns one of approximately 70 extant copies extant.

Metaphamorphis was reprinted posthumously in 1730 as Over de Voortteeling en Wonderbaerlyke Veranderingen der Surinaamsche Insecten, with twelve additional plates created by her daughters, who had joined her on her travels.  Below are selections from each book. The last three images are from the 1730 edition. 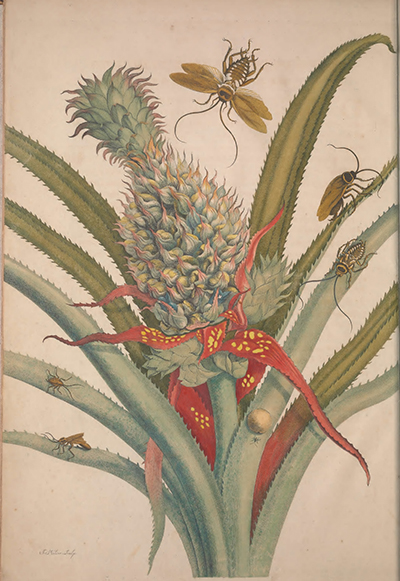 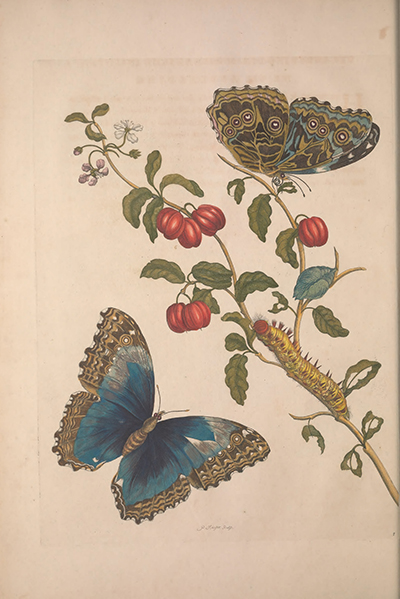 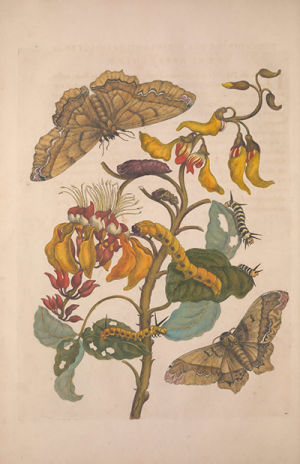 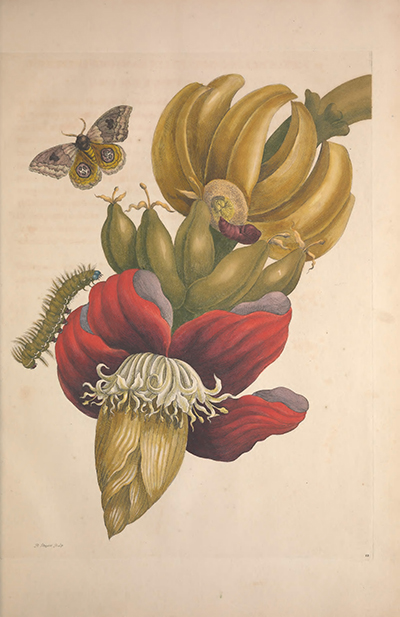 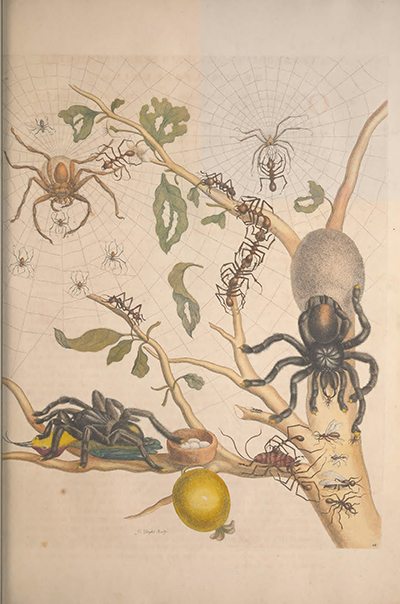 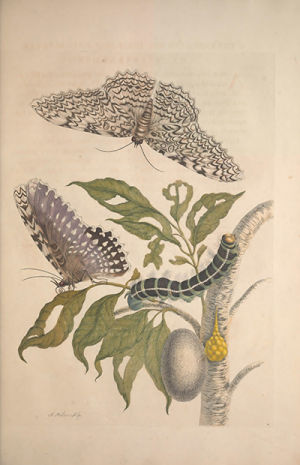 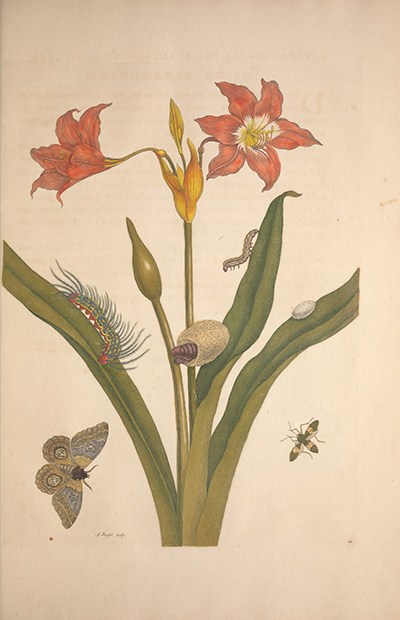 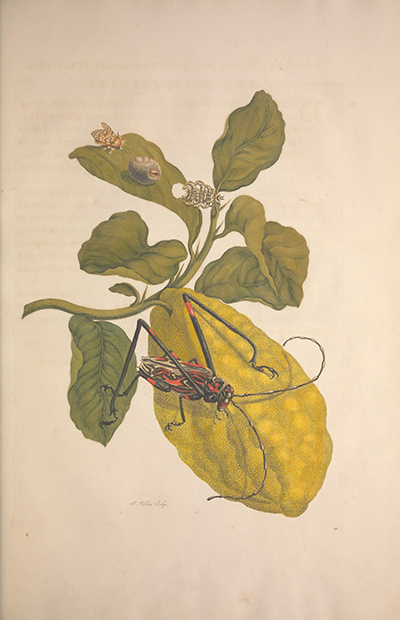 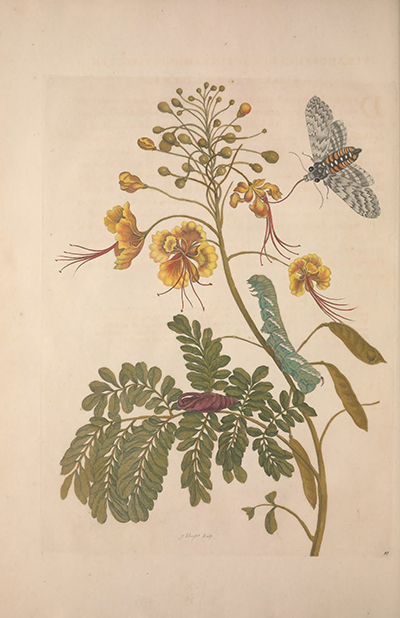 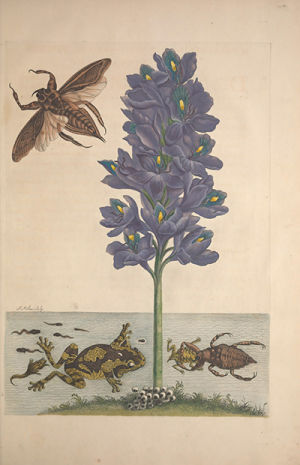 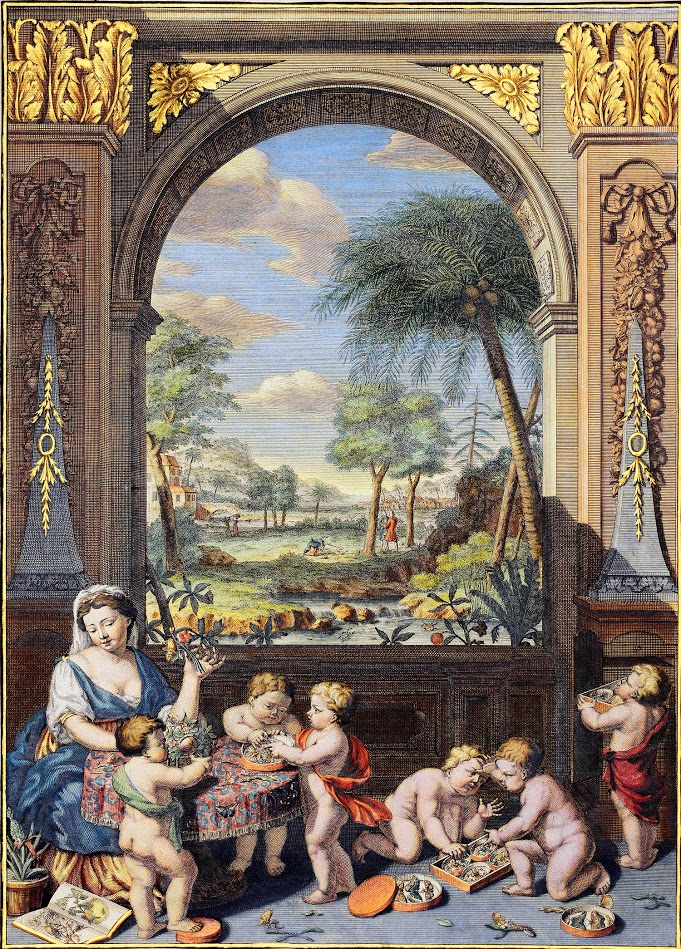 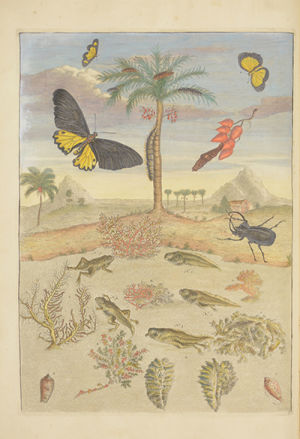 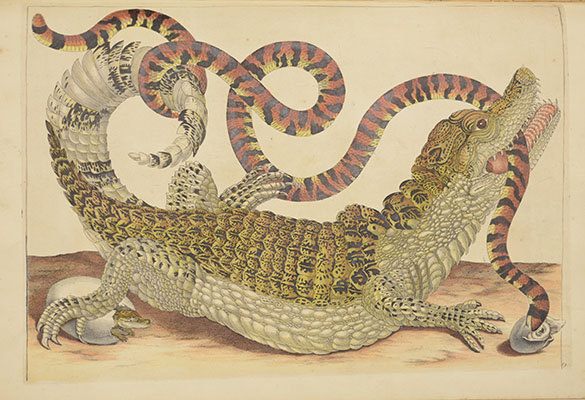