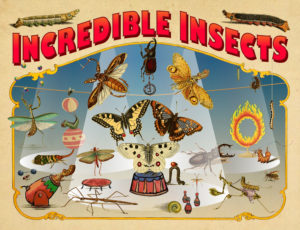 The Lloyd Library is well known for its botanical works as part of its nature-based focus.  However, many are surprised, however,  to learn that entomology, or the study of insects, is well represented in the Lloyd’s collections. This exhibition features illustrated works dating from 1634 to the early 20th century that depict habitat, anatomy, and metamorphosis of insects.

Early library records show the Lloyd brothers acquired books and periodicals about insects, especially their relation to plants. In 1920, John Uri Lloyd’s son, John Thomas Lloyd, received his Ph.D. in Entomology from Cornell University and donated many entomology books to the Lloyd. 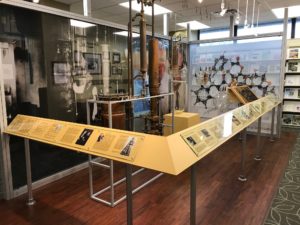 The George Rieveschl, Jr. History of Pharmaceutical Chemistry Exhibit features a patented Lloyd Cold Still (at right) built in Cincinnati and used at the University of Michigan and at AYSL Corp; significant components of the Soxhlet extractor used by Drs. Monroe Wall and Mansukh Wani to isolate the anti-cancer drug Taxol® at Research Triangle Institute in North Carolina; and culminates with a look at the anti-allergen drug, Benadryl® and its creator, local Cincinnati scientist and philanthropist, George Rieveschl, Jr.